“Why did God make me wrong?”

Designated a girl at birth, Jacob was just two years old when he began saying to his parents that he was a boy. At first, they hoped it was a phase. But Jacob soon began showing all three hallmarks of a transgender child: he was persistent, consistent, and insistent about his gender identity.

Watch this 6-minute video by NBC to learn about Jacob's family's journey from confusion to acceptance.

Have more time? After you watch the video, read the letter that Mimi Lemay wrote to Jacob on his 5th birthday, as she reflected on all the changes that had happened since she and her husband had accepted Jacob's identity. "Jacob, my love," she wrote, "it is you that have transitioned us to a life less ordinary, and so much more meaningful than it ever would have been . . . I don’t know what’s beyond the next bend in the road, but I am no longer afraid." (Lemay, 2015) 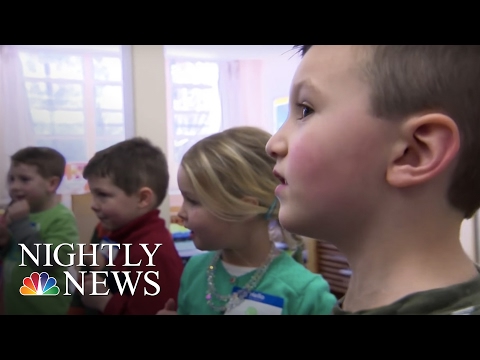