The impact of life experiences

It's estimated that there are roughly 2.7 million people age 50 and older in the U.S. who identify as LGBTQ+, including 1.1 million who are 65 or older (Movement Advancement Project, 2017, p. 1). They are a generation that came out at a time when being gay or transgender was considered a mental illness. When same-sex marriage was illegal across the board. When discrimination against any minority sexual orientation or gender identity ran high. Those experiences gathered over a lifetime inform the circumstances of LGBTQ+ older adults today, creating unique challenges but also a deep reservoir of resilience.

Take, for example, Tina and Jackie, who were born in the same year and attended the same college. But Tina is straight, and Jackie is gay. Watch this video to see how their lives progress. In the fictional storyline, you can see how legal barriers and systemic discrimination can create two very different pictures later in life. 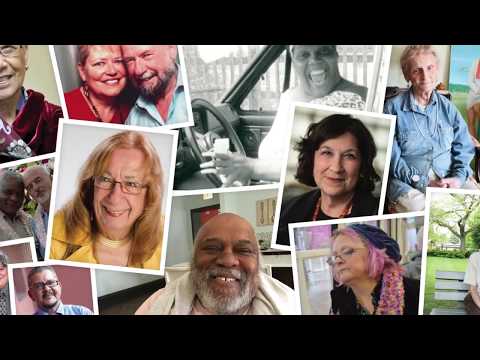