Bayard Rustin played a key role in campaigns to end segregation in the U.S. armed forces, helped to organize the early Freedom Rides, became a trusted mentor and confidant to Dr. Martin Luther King, Jr., was a key architect of the strategy of nonviolent resistance, and was instrumental in conceiving and organizing the 1963 March on Washington.

Rustin was a man of tremendous intellect, creativity and integrity who greatly impacted the course of the Civil Rights Movement. He was also pretty open all of his adult life about being gay—or at least, he never went to any great lengths to hide that fact. According to his partner Walter Nagle, it was important to Rustin to be his authentic self, even though he paid a big price for doing so, including being sidelined in the movement he helped create.

Watch this video to learn more about Rustin and his impact on American history, and why he insisted on being open about his sexual identity at a time when it was extremely risky to do so. 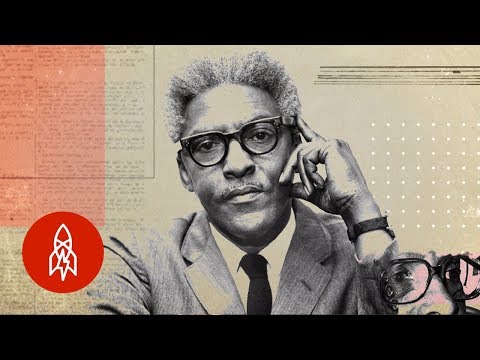