Learn about the different aspects of sexual orientation -- attraction, behavior and identity -- and the many ways people identify.

Hi! I’m here to help you learn about sexual orientation. At its core, sexual orientation is all about attraction — who you’re drawn to, romantically and sexually. Most of us understand what it means to be gay or straight, but what about bisexual, asexual and pansexual? This section breaks down all that and more. Let’s get started…

Learn what sexual orientation really is and the terminology currently used. 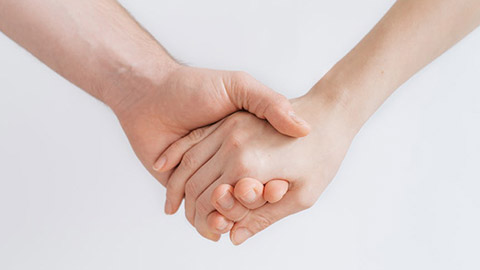 It all starts with attraction

There are three aspects to sexual orientation--attraction, behavior, and identity. 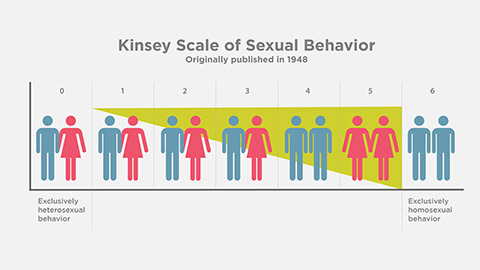 It’s not just gay or straight

Sexual orientations are diverse and occur along a continuum. 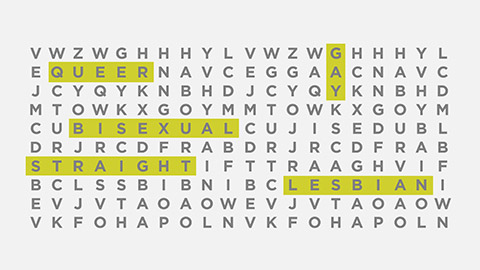 Vocabulary can shift over time. If you’re curious about some terms you’ve heard, here are a few to start with. 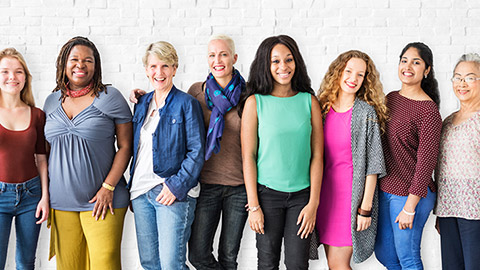 Are women the same as men? 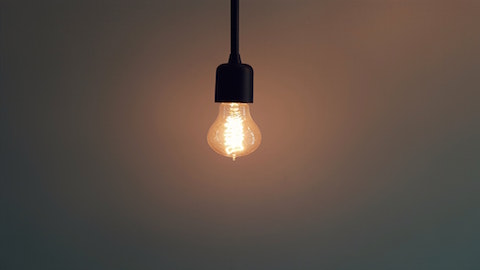 How did you know you were gay?

Watch as two young women have a lively conversation about coming to terms with their sexual identity. 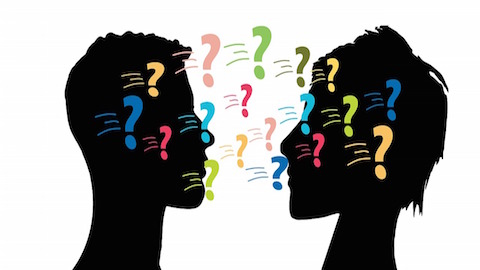 Explore what researchers are learning about the effects of conversion therapy.

Hear from people with a variety of sexual orientations as they talk about the lives and relationships. 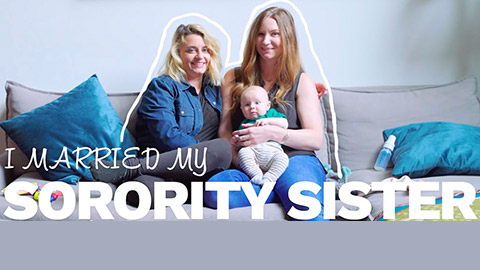 “I married my sorority sister”

Laura and Sam met and fell in love in their college sorority. Now they are married and raising a family. 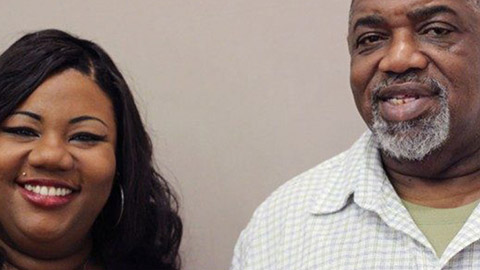 “It kinda threw me for a whammy.”

Deidra Robinson talks with her father about what happened to their once-close relationship when she told him she was gay. 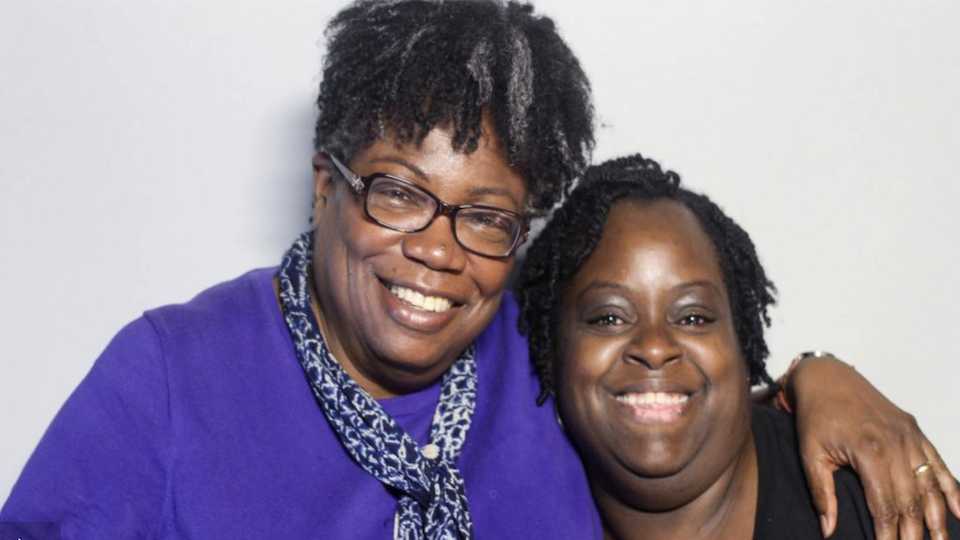 "Do I have to call you Mommy?"

Before she passed away from AIDS-related illness, Corinithia Isom's mother asked her good friends Kathleen and April to love and care for her daughter after she was gone. 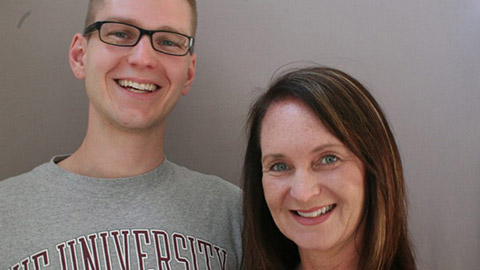 Samuel Taylor and his mother reflect on her struggles to come to terms with Samuel being gay. 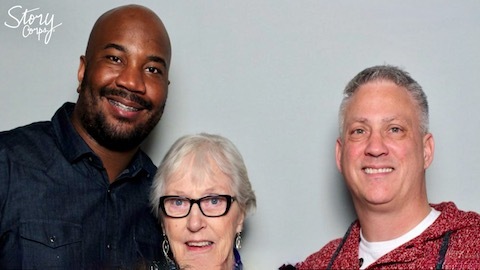 Would you invite someone you had just met to come home with you for Christmas? That's exactly what Seth Smiley-Humphries did. Listen to find out what happened next. 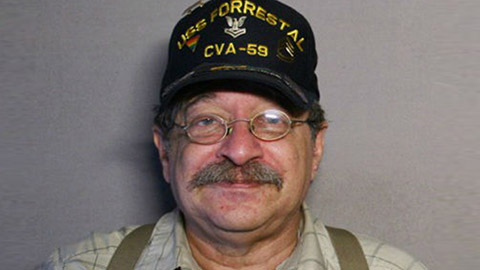 “In those days you served in silence.”

Denny Meyer recalls what it was like to hide that he was gay while serving in the Navy. 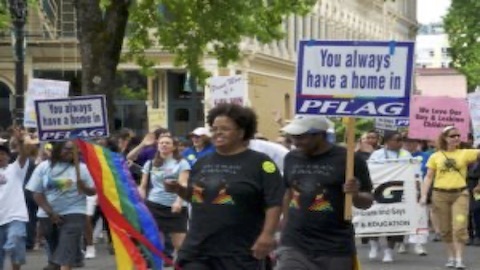 "It was always love"

LGBTQ+ African Americans and their families tell their stories. 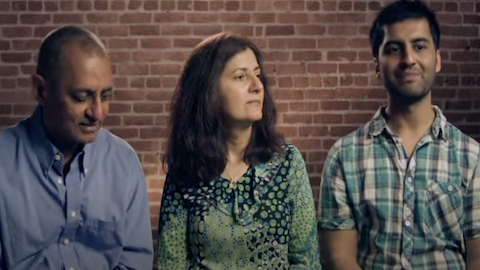 When the Kanijow family realized their son was gay, they didn’t disown him. They did this instead. 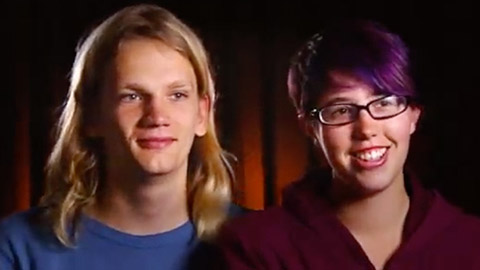 Meet a young asexual couple and hear about their relationship—“a modern-day love story with a bit of a twist.” 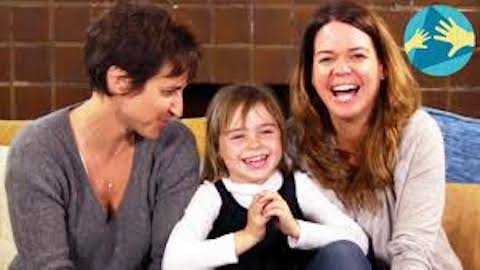 What makes a family?

What does family mean to you? That's the question posed to 2 same-sex couples and their young children. 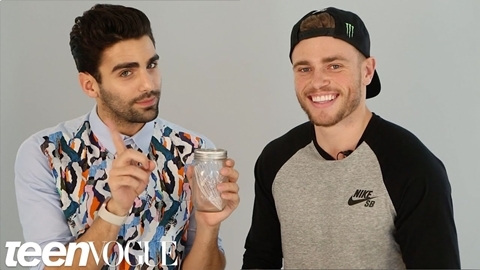 Things never to say to your gay friends 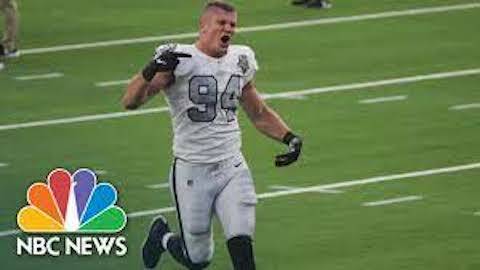 Carl Nassib is the first active NFL player to come out as gay. Check out this video by NBC News to learn more about how and why Nassib came out. 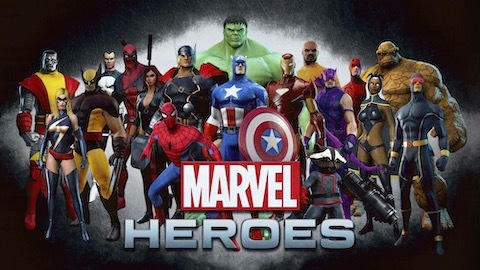 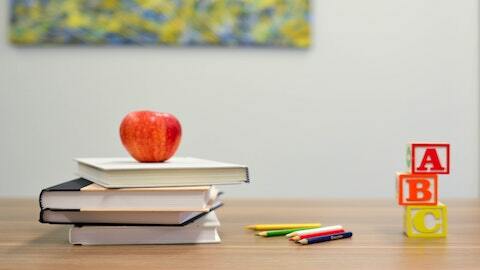 Teacher John Byrne shares his story of coming out to his students and what happened next.

Learn about the demographics of sexual orientation. 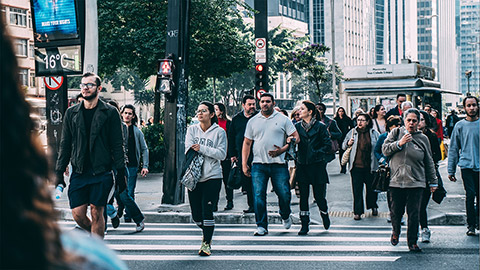 Current estimates of the US lesbian/gay/bisexual population

The LGB population in the US is bigger than you might think. 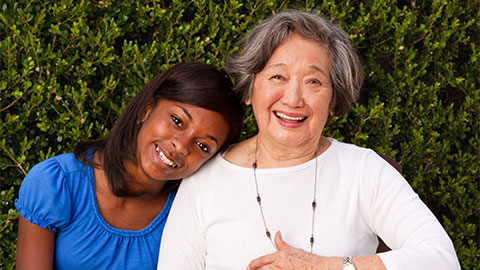 Studies show adults between the ages of 18-44 identify as LGB at a higher rate than older Americans. 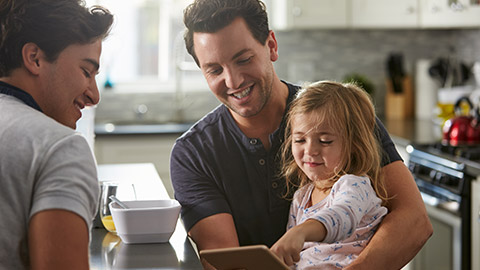 LGBT Parenting in the US 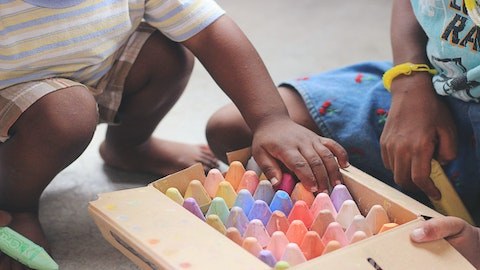 Growing up with LGBTQ+ parents

What happens when children are raised by gay or lesbian parents? Find out what the research says.

(Adj.) Hiding one's sexual orientation, gender identity, or status as an ally to the LGBTQ+ community, either totally or partially. Learn More

(Noun or Verb) The process in which a person first acknowledges, accepts and appreciates their sexual identity or gender identity and begins to share that with others. Learn More

(Adj.) Primary or exclusive sexual, emotional, and/or romantic attraction to a gender other than one's own. Typically this means a woman who is primarily attracted to men and vice versa. Also referred to as "straight". Learn More

(Noun) A term that describes a primary or exclusive sexual, emotional, and/or romantic attraction to persons of one's own sex/gender. The term is considered outdated by many in the LGBTQ+ community but is still used in some research contexts. Learn More

(Adj.) LGBTQ+ is an umbrella term used to refer to the community of sexual and gender minorities as a whole. The acronym stands for lesbian, gay, bisexual, transgender, and queer or questioning, with the "+" representing additional sexual orientations and gender identities, such as persons who are intersex or asexual. Learn More

(Noun) The components of a person that include their biological sex, sexual orientation, sexual behaviors, etc. Learn More

(Noun) The way a person views and understands their sexual orientation, such as gay, straight, bisexual, or some other orientation. Learn More

(Adj.) Describes a person whose gender identity does not match their sex characteristics observed at birth. People who identify as transgender (sometimes shortened to "trans") may or may not decide to alter their bodies hormonally and/or surgically to match their gender identity. This word is also sometimes used as a broad umbrella term to describe those who transcend conventional expectations of gender identity or expression, such as people who identify as genderqueer, gender variant, gender diverse, or androgynous. Learn More

Cornell University. (2017, December). What does the scholarly research say about the well-being of children with gay or lesbian parents? What We Know: The Public Policy Research Portal. https://whatweknow.inequality.cornell.edu/topics/lgbt-equality/what-does-the-scholarly-research-say-...

Cornell University. (2017, December). What does the scholarly research say about whether conversion therapy can alter sexual orientation without causing harm? What We Know: The Public Policy Research Portal. https://whatweknow.inequality.cornell.edu/topics/lgbt-equality/what-does-the-scholarly-research-say-...