Take a look at any teenager’s closet (if you dare). Chances are, it’s a total mess. But what you find there says a lot about that teenager. Do they have a cherished collection of athletic shoes? Concert t-shirts? Flowing skirts or jeans with holes? Maybe last year they were in a “Goth” phase—there’s a pile of once-loved black pants and shirts stuffed into a back corner. But now they’re into being preppy, so there’s a lot of pink and green. And plaid!

Expression is how we choose to show up in the world. It’s not just teenagers who are into self-expression. We all show our identities through things like the clothes we wear, the music we listen to, even the food we eat. We express ourselves in other, subtler ways, too. Like the tone of voice we use, how we sit and stand, and the way we enter a room.

Gender has always been a major part of how we show up. And, like the contents of our closets, gender expression changes over time. Did you know that pink used to be considered a boy’s color, and blue was for girls?

There is a broad spectrum of gender expressions. In fact, there’s an almost infinite range of choices for individuals wishing to express their identities as masculine, feminine, or some other gender identity. Think Lady Gaga vs. Alicia Keys, or LeBron James vs. Johnny Depp.

A person who is gender non-conforming (also known as gender variant) is someone who does not conform to the traditional expectations for their gender, or whose gender expression does not fit neatly into a category.

For instance, a person who identifies as a woman but prefers to wear clothing, such as a suit and tie, typically worn by men, would be non-conforming in their gender expression. The sexual identity of gender non-conforming people may be anywhere on the spectrum—straight, gay, lesbian, bisexual, or some other orientation—and they may or may not be transgender (a person whose gender identity is different from their sex at birth).

Other forms of gender expression include cross dressers and drag queens/kings. Cross dressers are people who occasionally wear clothing traditionally associated with people of a different gender. Cross-dressing is a form of gender expression and is not indicative of sexual identity. Cross-dressers can be anywhere on the spectrum of sexual orientations—gay, lesbian, straight, bisexual, or some other orientation.

Individuals who dress in “drag” may or may not consider themselves to be transgender. They may also identify as straight, gay, lesbian, bisexual, or some other orientation.

There is more freedom for people today to express themselves than there was in the past. Still, not everyone can be “out” about who they are. Many people hide their true identity or express themselves in ways that aren’t authentic in order to feel safe or to conform to the current norms of Western culture.

Have a good laugh watching SNL’s parody of the many ways we use our clothes as a form of gender expression: "Introducing Wokes - sizeless, style-neutral, gender non-conforming denim for a generation that defies labels." 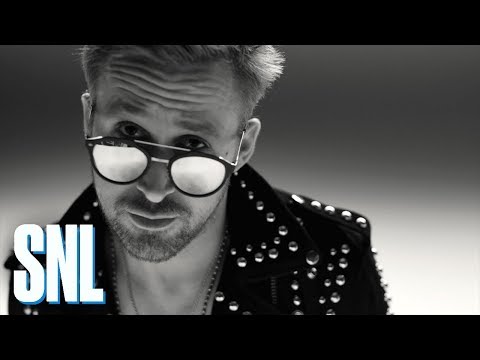